THE MAGICAL POSSIBILITIES OF CACTI 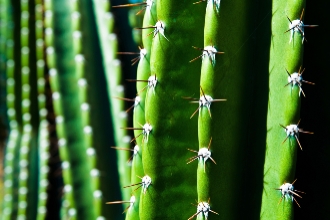 When using psychedelic drugs, most people think of magic mushrooms or weed, but did you know that you can also trip with cacti? This is not possible with every cactus, but with the Peyote and San Pedro cactus. These contain mescaline, a substance that takes you to higher spheres, just as with LSD. If you want to know more about magical cacti, read on below.

The magic cacti contain mescaline that has a mind-altering effect. This effect has long been known to the Indian tribes of Mexico and Central and North America. They used it in religious ceremonies, healings, and when predictions had to be made. The effects of mescaline are similar to those of LSD, but some say there is some difference. A trip with mescaline is less intense, you see many colours, and you feel more connected to nature. Users also report that they feel they can travel through time and space. Either way, if you're in the mood for a trip, a magical cactus might be a good idea too. This small cactus is found in Mexico and southern North America. It does not grow tall (usually no more than 15 cm) and grows in a spherical shape. That's because it grows in climates where it is very hot. Like other cacti, it stores water in the trunk. A convex shape is then very effective. The Peyote blooms with small pink flowers and grows very slowly.

Cacti have not chosen the easiest place to survive. The dry and hot climate has shaped them. The spines of a cactus are actually leaves, only rolled up and without moisture. This way the cactus remains protected against the heat and the spines are of course extremely suitable to prevent them from being eaten. But spines aren't the only thing peyote protects itself with. The dust mescaline also helps with this. If you want to trip with Peyote, you can eat the cactus fresh or dried. You cut the cactus into half a centimeter slices. When you eat Peyote, the mescaline is immediately absorbed by your body. But be prepared for the fact that peyote is not exactly tasty. He is very bitter. With some pineapple juice, the taste is less noticeable.

A normal dosis of Peyote cactus (mescaline) will cause a trip that takes on average between 6 and 12 hours. Nausea is a known side effect. Determining a dosage is a bit difficult. You cannot predict how much mescaline the cactus contains, but on average it is between 120 and 300 mg per 20 grams of dried Peyote. The amount depends on the growing conditions and the age of the cactus.

The San Pedro cactus occurs in the Andes, where it grows on high plains at an altitude of two to three thousand meters. This cactus is also no stranger to our homes: its long, phallus-like shape can often be seen on a windowsill. You can simply buy it at a garden center. But they also know him well in Central America. The area's original inhabitants have used the San Pedro in their rituals for thousands of years.

This cactus is a striking appearance with its elongated habit. It grows quickly in height. So fast, in fact, that the San Pedro cactus does not stop growing, but falls over if it gets too high. Once dropped to the ground, the cactus takes advantage of the situation. It forms new offshoots and then grows further. The San Pedro also contains mescaline. Experienced psychonauts sometimes prefer this cactus to peyote. The San Pedro is a bit milder in its effects. Another advantage is that the taste is slightly less bitter, it is less pronounced. The nausea can also be less severe at San Pedro. It may take a while for your trip to get going, the first effects start 1 to 2 hours after you take something.  Consuming a normal dosis, the trip itself takes approximately 6 to 12 hours. You can read how to prepare the San Pedro here!

What can you experience after taking a piece of San Pedro cactus? Compared to Peyote, the effects are less intense. Most people describe a trip as dreamy with a sometimes fairytale feeling. You can gain penetrating spiritual insights, which can also include strong loving feelings. You may regain long-forgotten memories. Your senses can also be strengthened, making you more sensitive to lights, colors and details. You often see colors and other visual effects even with your eyes closed.

Are you interested in a magical trip with peyote or San Pedro? In our shop you will find grow kits, seeds and cuts from San Pedro, Peyote, Peruvian and Bolivian torch (another mescaline-containing cactus). With this you can easily grow your own cactus at home.