THE LATEST TREND IN THE CANNABIS WORLD (ROSIN OR RESIN) 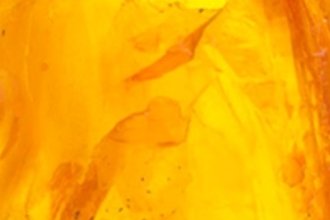 Each industry has its own characteristics, including the cannabis world. The cannabis world is constantly evolving. New genetics are discovered almost every year. Growing techniques, nutrients and equipment are constantly being developed and more professional. All these new developments are supported by the huge legal growth sectors in countries such as the United States and Canada. Billions of euros are invested annually in research into the medical benefits of cannabis. In recent years, cannabis consumption has gone well beyond the joint you lit in the schoolyard at 18. Today, cannabis users can enjoy weed in several innovative forms that would blow away the joints of previous generations of smokers. Creativity triumphs in the field of cannabis products, some examples are: CBD oils, CBD edibles, CBD ointments. But when we talk about Cannabis users who want to get well stoned and high, the preference is for butane hash oil, rosin/resin or a strong weed. The Cannabis industry is growing so fast that it will continue to surprise us in the coming years with interesting products, such as resin, and new trends!

What is Cannabis anyway?

It's another word for weed or hemp. A plant that can be used in many ways, the general public only associates it with being Hogh or getting stoned. Cannabis contains many more qualities than just smoking it. Did you know that in the past books, bags, clothing and rope were made from hemp. It is also one of the few plants in nature that actually makes the soil fertile, instead of causing pollution. So you could say that hemp helps the environment. In addition to these positive vegetable characteristics, the hemp fiber is also stronger than plastic, in fact the first Ford Model T was made from hemp fibres. Hemp is becoming increasingly valuable in the medical field.  It is a herb of mother nature, a gift with many positive properties. There's no such thing as good or bad, it's all relative. It is your interpretation that causes these kinds of qualifications. Let's dig a little deeper into the beautiful, delicate properties of cannabis. In this article, we will mainly elaborate on the difference of Rosin or Resin.

There is a lot of buzz in the cannabis community regarding the three Rs: Resin, live Resin and Rosin. These are potent forms of cannabis. Rosin and Resin means resin. There is also a lot of confusion about these ways of consuming cannabis and the relative advantages and disadvantages that each variant offers. With legalization spreading and the number of marijuana consumers growing daily, in the remainder of this article, we split Resin, Rosin, and Live Resin, explaining what makes each cannabis concentrate unique in terms of effects and production steps. Resin, also known as 'resin', is the term that describes the sticky trichomes found on the flowers and sugar leaves of mature female cannabis plants. From an evolutionary perspective, Resin acts as a defense mechanism for the plant, helping to keep the entire bloom cycle alive so it can reproduce successfully. Resin is not only the source of all of the plant's cannabinoids and terpenes, but it also protects them from UV light. The aromatic terpenes produced by Resin act as a deterrent to pests such as insects and animals, which could otherwise eat the flowers of the plant before they can reproduce. Actually exactly the same effect as nicotine in the tobacco plant. Cannabinoids (such as THC and CBD) and terpenes (such as myrcene and linol) are all contained in this Resin.

While more than 400 chemicals are found in a typical sample of smoked cannabis, extractions of cannabis resin or resin provide a higher concentration of cannabinoids and terpenes. Terpenes are extremely volatile molecules characterized by relatively low boiling points. This means that any cannabis extraction process involving heat, such as butane hash oil (BHO) or rosin, will necessarily contain some of the n will destroy the terpenes. This, in turn, will reduce medical efficacy. Resin is also a common reference for the brown or black tar that accumulates in pipes and bongs after several uses (especially when smoking a potent herb). Some desperate weed smokers scrape the burnt resin out of their bongs or pipe and smoke it again in an attempt to get the last bit of THC from their stash.

Resin mainly has a medical application. This is due to the Trichomes contained in Resin. These produce all the medical efficacy and psychoactive effects of marijuana. When the trichomes contained in resin are dried, cured and collected, the trichomes are called 'kief'. Kief is a versatile and easy to collect cannabis concentrate. The same applies, for example, to Honig. If you let honey crystallize, you also get a kind of kief.

Rosin, also known as "Rosin tech", is a cannabis concentrate in which the dried and cured flowers of the plant are pressed under a combination of heat and pressure to release the THC-rich resin. Unlike more traditional forms of extraction, such as BHO and CO2, the production of rosin can be achieved safely at home. Although BHO concentrates are often brewed in the backyard, the process involves dangerous solvents that are notorious for causing explosions and burning down apartment buildings (usually due to improper handling). Likewise, CO2 extraction requires trained operators and expensive equipment costing up to £250,000 per machine and operating at roughly 10,000 psi. Rosin offers a safe and healthy alternative with absolutely no potentially harmful extractives. For the consumer there are several cheaper and simple alternatives to extract cannabis such as the Queen Bee with a capacity of 100 grams and its smaller brother the Honey Bee. These alternatives are already available from € 24.50. Another option is to use a hair straightener. Heat the straightener to 150 C, place the marijuana buds in the jaws of the forceps and press the straightener together firmly, keeping pressure on the iron for a few seconds to create a concentrated cannabis extraction. Of course, the quality of ´home-brewed´ Rosin strongly depends on the quality of the Cannabis plant. What is Live Resin?

Live Resin is the newest form of cannabis concentrate. Unlike rosin, but like BHO and CO2 concentrates, live resin requires expensive lab equipment and trained technicians. This increasingly popular and unique form of cannabis concentrate involves the cryogenic freezing of a freshly harvested plant at temperatures below -195 ºC. This process is often referred to as 'full plant' or 'full spectrum' because it involves the entire cannabis plant, including the flowers, leaves, branches and even the stem. Cannabis consumers who focus on terpenes and their medical efficacy are leaning towards live Resin because it preserves the terpene profile of the plant. Other processes, such as CO2 and BHO, typically result in the loss of many or most of the terpenes due to the heat. It is the terpenes that are responsible for the sometimes pungent smell of cannabis, live Resin has a much fuller aroma.

Cannabis extracts, and in particular live resin, for medical use are becoming increasingly popular and booming due to their many beneficial and medicinal properties. Live resin is the purest method for the extracting cannabis, because top pen and other parts of a freshly harvested cannabis plant are cryogenically frozen at extremely low temperatures (-195°C) freezing a freshly harvested cannabis plant instead of dried and cured buds. Terpenes are volatile molecules with relatively low boiling points. Live Resin is the purest method of cannabis extraction, as it preserves the rich terpenoid profile of the cannabis plant much more than BHO and CO2 concentrates. Due to the cryogenic freezing, this extraction technique loses less of these molecules or terpenes, which have been shown to fight cancer and reduce systemic inflammation, are lost. It is true that live resin is the most expensive method of cannabis extraction, but nevertheless also a very effective technique for preserving the medicinal potency of the cannabinoids and terpenes of a recently harvested cannabis plant.