WHAT'S THE DIFFERENCE BETWEEN A BONG AND A SHISHA? 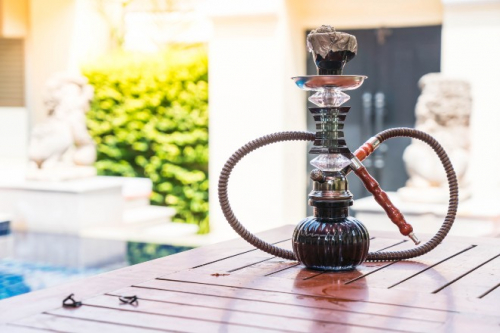 What is a bong?

First, let's take a look at what exactly a bong is. We all know a water pain, you can order it on some terraces and the flavours are endless. A bong basically has the same properties as a water pipe. Both a bong and a water pipe are filled with water. The water has a very important function in the bong/water pipe, because the water ensures that the smoke is cooled. This ensures that the smoke feels a bit softer on your throat and that it is easier to inhale.

But when do you talk about a bong? A bong is specifically used for smoking cannabis, hashish or other mind-altering substances. In a bong, you smoke the substance pure without using tobacco. This is therefore very strong, and the operation is optimal. You can certainly get crackling stoned from this. It is therefore much stronger than smoking a joint, because you do use tobacco here.

Now you may think, a pure joint is almost impossible to do, and it hurts terribly? That's right. But the reason that this is possible with a bong is because it is softened/cooled by the water that is in the bong. From every cannabis bong sticks a tube. The bowl is attached to this. You put the hash or weed in this.

The history of the Bong

The name 'Bong' was adopted by hippies in the west in the 1960s. They loved it and it was a huge hype. The appearance and name of the bong originates from Thailand. The pipe from which the smoke comes out was made of bamboo. Also called “baung” called. If you translate this literally, it says: “the bamboo water pipe”. So bong comes from the word baung. Historical research has shown that water pipes have been used as early as 1100 BC. The first models would be from Ethiopia.

A bong usually looks like a straight tube, with a place for water at the bottom. In some cases, you will see a beaker bong passing by. Just think of someone who works in the lab. These people often hold some kind of cup. These come in all kinds of different shapes and sizes.

The name 'shisha' comes from the old Persian word 'shisha' which means glass. If you literally think about it, of course you also smoke from something made of glass. When talking about a shisha, often referred to as a water pipe.

Hookahs that you often see in certain types of cafés. The name says it all in a shisha / water pipe there is of course also – just like in a bong – also water. The principle is the same, except that (taste) tobacco is put in a shisha. With a water pipe, you inhale through a hose that is attached to the water pipe. You also often see that several hoses are attached to it so that you can do it with several people at the same time.

Unlike a bong, you can use a shisha for a long session. You can dine well with different flavours and inhale a lot. It works relaxed, and you can do it at your leisure. The combustion works on coals, so there is also a taste to it. You can choose from an abundance of these flavours. You can also fill a shisha with weed, but you will not get the optimal effects of the THC experienced. So it's really better to use a bong for this.

What are the major differences?