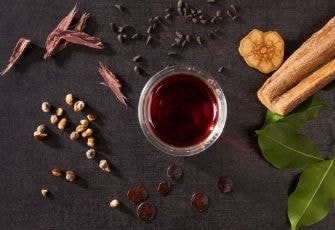 Entheogen means 'coming from the God within ourselves'. And that is exactly what you can come into contact with the use of an Entheogenic agent. There are many entheogenic substances that were discovered by ancient tribes and peoples hundreds to thousands of years ago and are still used today as magic mushrooms. In Eastern beliefs / spirituality this is called 'opening the third eye', science keeps it on influencing the pituitary gland.

Is the pituitary gland the third eye?

The pituitary gland is in the brain and produces hormones that affect endocrine glands/system. These hormones influence the emotions, senses, regulate body temperature, stimulate growth, assist in the repair of damaged tissue and support the process of converting / releasing the body's own energy. The third eye or pituitary gland is located in the brain at +/- 2 cm above the nose. The third eye can be opened with Entheogenic agents! Activation of the third eye with psilocybin?

When activating the third eye, the senses are therefore strengthened. It is very unique that the Jaguar in the Amazon consciously eats plants with these psychoactive substances once in a while. Just what this feline needs to survive in the Amazon, stronger senses to be an even better hunter. An opened third eye gives the ability to be aware of your behaviour and to intervene and change if necessary. It is possible to develop that awareness when the third eye is opened. Users report to be clear after use, but above all to be a kind of mentally reset. This may be because the third eye has been opened. They talk about how some problems that used to be the case, can now be solved by obtained other insights. After having used Entheogenic agents several times myself, I can indicate that this was also the case with me. A life experience that gave a lot of clarity about who I am and what is really important in life.

This Unique and Mystical Entheogenic substances were used thousands of years ago and are still honoured today through Rituals, songs, and dance. More and more results from medical studies and university tests show that entheogenic agents work effectively against depression, trauma, addictions, ADHD, ADD, etc. Active substances in medicines come from nature, is it strange to think that entheogenic agents (pure of course not synthetic) that have been used to this day for more than thousands of years, contain medical active ingredients?! Has Religion been born through the use of Entheogenic agents?

The Greco-Elysian mystery schools extracted Entheogenic substances from ergot (from which LSD was later made) and Patanjali reports in the Yoga Sutra that 'magic' plants aid in obtaining siddhis (special powers) by opening the third eye. Some (disputed) theologians, such as Professor J. Allegro, even claim that Jesus used hallucinogenic mushrooms. In today's Europe, entheogenic substances (psychoactive substances) hardly play a role within religious movements. The last time an established church movement made the news for using entheogenic substances was in 1999, when the police arrested two leaders of the Santo Daimekerk in Amsterdam. They donated the hallucinogenic drink Yage (which contains DMT prohibited by the Opium Act) to their followers. Yage is extracted from the Ayahuasca vine in the Amazon forest and brings users into a trance in which they see divine landscapes, colors but also devils and monsters. The Santo Daime movement believes that the fears so experienced by the follower help him to become pure of spirit. The Santo Daime movement has come over from Brazil, where it was founded in the 1920s by Native Americans who fled the big city and withdrew into the jungle. They combined the Catholic faith with Native American and African customs (such as drinking Yage). The Vatican has recognized Santo Daime, which has caused quite a bit of controversy as it would approve the use of yage.

India and the opening of the third eye

In India, the Shiva Shakti religion has a long tradition of Entheogenic means and opening the third eye. Hashish, opium and the space milkshake Bhang attracted many Westerners in the 1960s seeking their spiritual happiness. Goa, then a Portuguese colony on the Indian west coast, became a gathering place for hippies, musicians and visual artists who could easily buy hallucinogens in the state shops. Opening the third eye was hip in the 1970s. It was not until the 1980s that India ended free drug use by tourists. However, authorities still turn a blind eye to its use by religious leaders. South America and the opening of the third eye by mescaline cacti!

The Central American Indian tribes/population mainly extract their Entheogenic substances from cacti. The most active ingredient is mescaline. It causes visions in which the Indians see their gods and can communicate with them. The lophophora williamsii (Peyote) is a cactus grown by the descendants of the Huichol tribe in Mexico is processed into a hallucinogenic drink. In the West, the peyote is also called Devil's root, Dry Whiskey or Indian dope. The cactus trichocereus pachanoi (San Pedro) was brought to Europe centuries ago by the Spanish, where scientists enthusiastically experimented with it. They called the 'magic plant' San Pedro, or Saint Peter, the key-keeper of the Christian gates of heaven. SAN PEDRO Do you prefer to read about spirituality or do you really want to experience and feel it, that is the question?