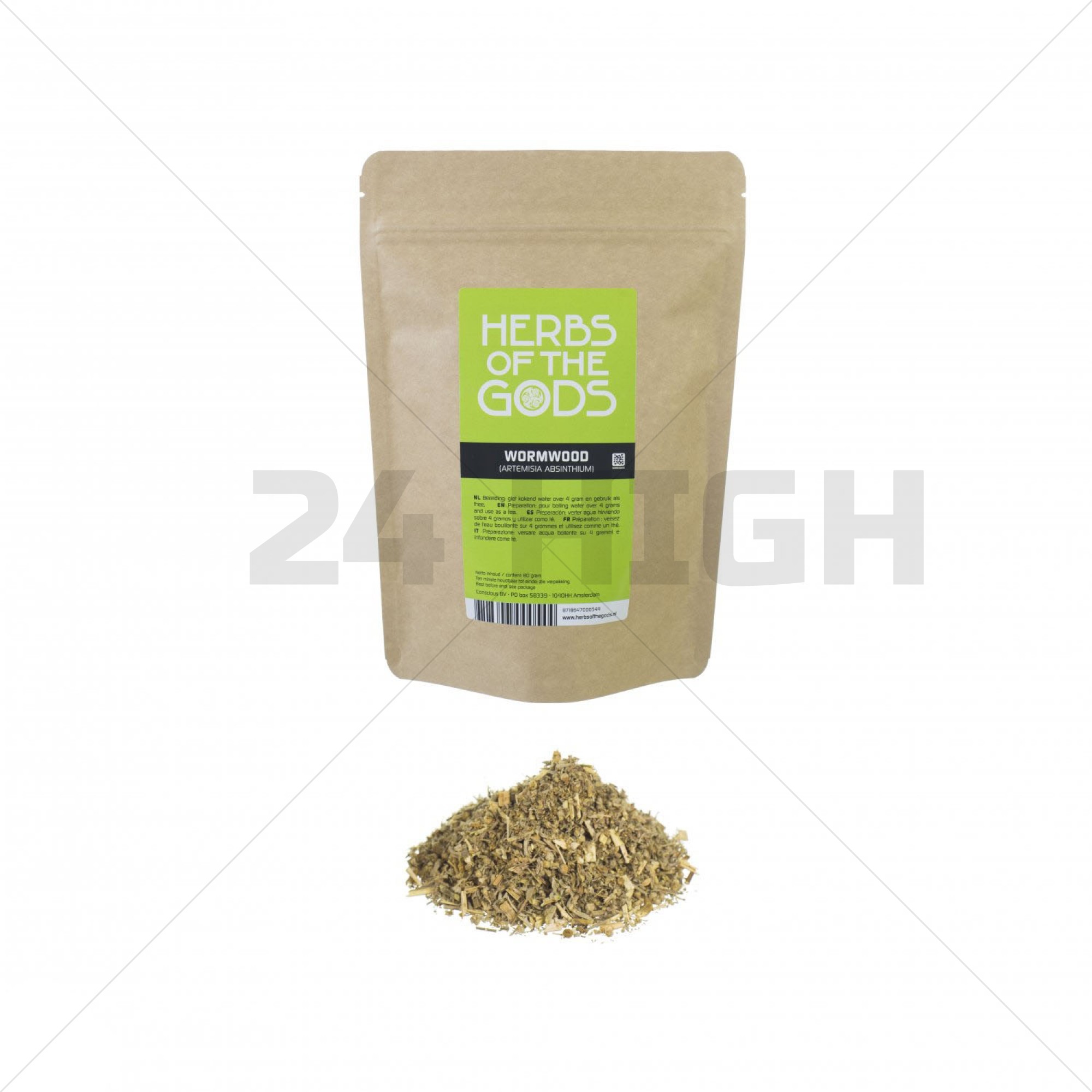 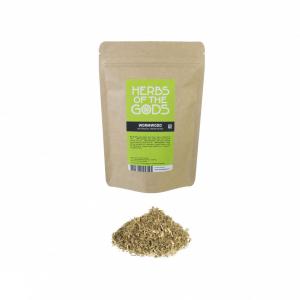 
Description
Reviews
The use of Absinth Absinthium (wormwood), Wormwood in English, goes back thousands of years. Ancient Egypt (civilization) 3300 BC. used these herbs to combat the ailment "Uka", which remains a mystery to this day. In the bible there is also talk of wormwood. This herb has a history of use and not just consumption. In the pre-Christian era, Wormwood would also be used for cremation. The Absinth Absinthium was laid round about and on the stake. The reason this was done may be due to the hallucinogenic effects of Absinthe. Because of these effects, this could be interpreted as coming into contact with the afterlife.

Wormwood has a calming effect and subtly stimulates creativity. In combination with alcohol or in large quantities, Absinthe can result in hallucinogenic experiences.

Add 40 grams to a bottle (0.7 liters) of vodka (or other alcoholic drink). Let it infuse for 2 weeks. Strain the drink and it is ready to use. If you made absinthe, try a small glass of the drink first. Then wait an hour to notice the effects. If you want to make a tea, add 1 teaspoon to a cup of hot water and let it steep for 15 minutes. Do not use this product regularly and do not take more than 1 gram per day.

Save this product a dark cool place such as a kitchen cupboard and out of the reach of children.

Wormwood Herbs of the Gods - 80 grams.

Wormwood (Artemisia Absinthium) can be hazardous to health when combined with certain medications, drugs, overuse of alcohol or with MAO inhibitors. Are you on medication? Always consult your doctor first and read the package leaflet of your medication to avoid health risks. Do not use Wormwood  even if you are pregnant or breastfeeding. Handle Artemisia Absinthium responsibly and therefore do not participate in traffic.