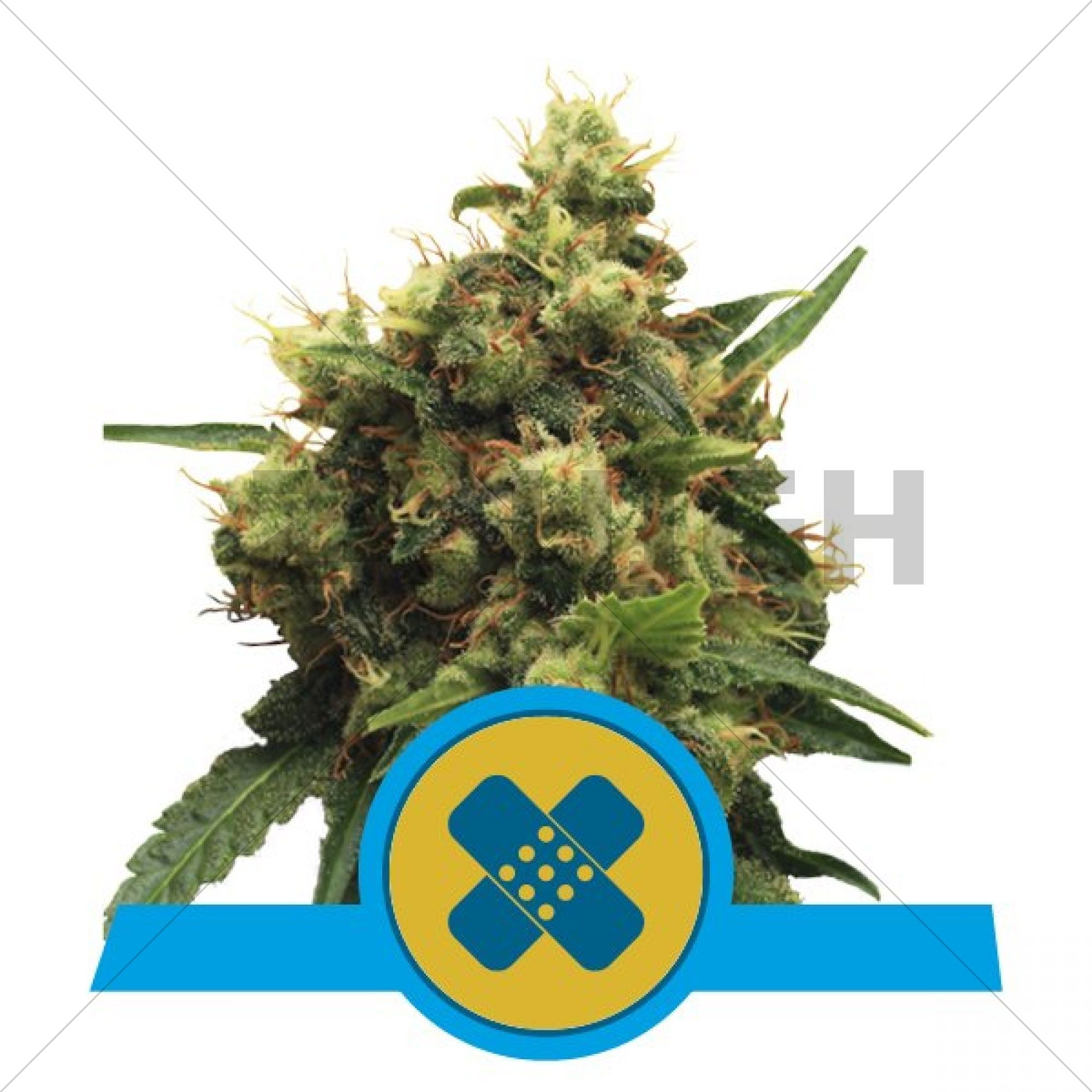 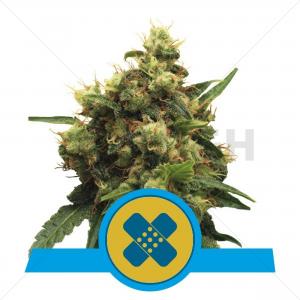 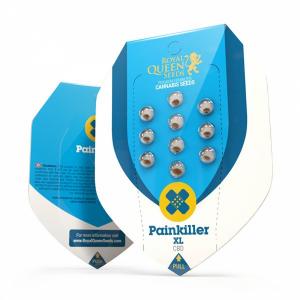 
Description
Info
Reviews
Case in point: Painkiller XL. This new strain combines two well-received parents, Juanita la Lagrimosa (Spanish for "Juanita the Tearful") and Royal Highness, both of which are genetic hybrids of other precursor strains: Juanita la Lagrimosa from Queen Mother and a Mexican-Afghan blend; Royal Highness from Dance Hall and Respect 13. On and on, the strains date back in agricultural time, each new variety with its own unique smell, taste, colour, cannabinoid profile, and medicinal benefit.
Painkiller XL is notable for its near-equal representation of 9% THC and 9% CBD, achieved by a seed that's 75% sativa and 25% indica. Although the sativa variety of cannabis is widely known for producing a mental, cerebral high while indica has a reputation for inducing a more physical high, other factors are more important to consider.
There are other strains with very little THC and more CBD than Painkiller XL, but rare are such splendid balances. Producers of this strain say it provides a considerable amount of pain relief, with a mild, soothing mental euphoria. At the end of the flowering phase, buds will emanate aromas of lemon and diesel, which will become more pronounced after thorough drying and curing.
With a bloom period of 8 weeks, the Painkiller XL seed can produce 500–550g/m² indoors and an equal amount per plant outdoors. Inside, the plants average about 80cm in height; outside, the average height is around 135cm, with harvest time at the end of September.
Add review: