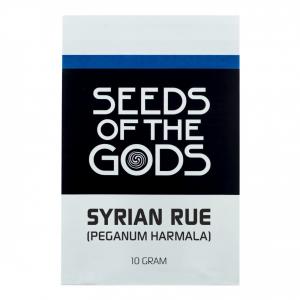 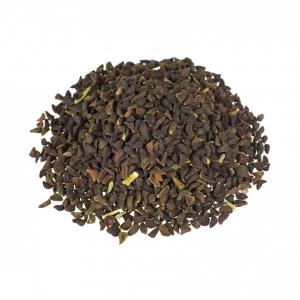 Description
Reviews
Syrian rue (Peganum harmala) is often used as an MAO inhibitor in the DMT-containing Amazon brew. In a traditional preparation method, the shamans used Banisteropsis caapi as MAO inhibitor. The Syrian rue is known for its MAO-inhibiting effect, but with fewer negative side effects such as with the Banisteropsis caapi. MAOI is an enzyme that breaks down monoamines (adrenaline, serotonin, dopamine, etc.). A Mao inhibitor slows down this degradation process. This degradation process promotes a stronger and more intense trip for users of Entheogene (magic mushrooms, LSA seeds, truffles) products because simply less of the psychedelic active substance is broken down by the body.

Grind the seeds and put them in about 200 ml of water and add 1.5 tablespoons of lemon juice. Put the finely ground seeds on a low heat for 15 to 30 minutes and strain the liquid, the drink (liquid) is now ready for use.

Peganum harmala is easy to germinate and grow. It is best to germinate the seeds at the end of March (indoors) in a mixture of sand and soil (indoors). Do not water too much in the beginning and place the pot near the window frame (sun) at a minimum temperature of 20 ° C. Once fully grown, you can plant the plant outside in the garden.

Store this product in a cool and dark place such as a kitchen cupboard and out of reach of children.

This plant contains MAO inhibitors, which means that they are often combined with other Entheogenic and psychedelic agents such as: Mushrooms, Truffles, etc. Inform yourself well if you want to use Syrian rue as MAO inhibitor. If the dose is incorrect, Syrian rue can be very dangerous to health! Avoid foods containing tyramine and do not combine with SSRIs (prescription or recreational) and similar medications. Also, do not use Peganum harmala if you are pregnant or breastfeeding.